Actor Tom Arnold, who is producing a show about the hunt for the “Trump tapes”, visited longtime Donald Trump lawyer Michael Cohen and tweeted a photo of their get-together.

Arnold said Cohen has “all the tapes,” and claims Cohen feels mistreated by his longtime employer. Prosecutors raided Cohen’s home and office, and he is currently under criminal investigation over tax, potential bank fraud, and campaign finance issues, the Daily Mailreports.

Arnold’s upcoming show, The Hunt for the Trump Tapes, comes out on Vice this fall.

Arnold is the ex-husband of Roseanne Barr, who played an unapologetic Trump supporter on her revamped show. ABC cancelled the show in May after Barr made a comment that former Obama adviser Valerie Jarrett looked like a cross between “Muslim Brotherhood & Planet of the Apes. ABC called the tweet “abhorrent”.

ABC announced on Thursday a new spinoff show will go forward without Barr. If Barr’s show was meant to explore and tap into Trump sentiment in the heartland, her ex’s show seeks to scour film rooms and basements for incendiary material that could be politically damaging to the president.

A promo piece references the infamous “Access Hollywood” tapes, and depicts Arnold searching for the Holy Grail of anti-Trump video – the unsubstantiated “golden showers” incident, which it depicts using a VCR cassette labelled the “Pee-Pee Tape”. 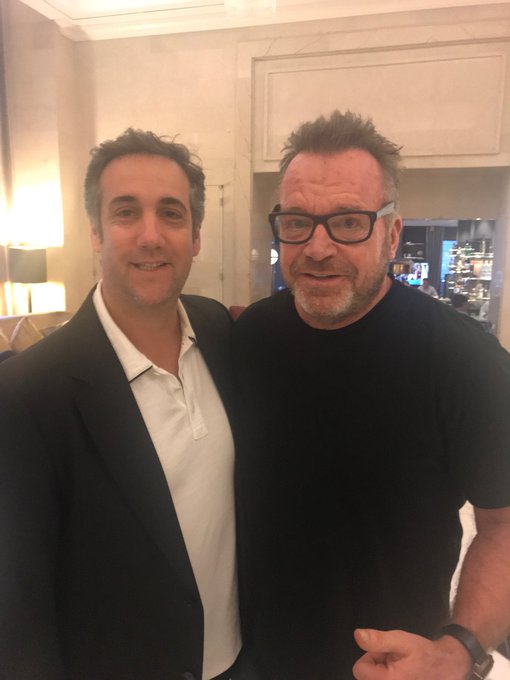 It also references rumoured recordings of Trump using racial slurs on The Celebrity Apprentice, and backstage at the Miss Universe pageant.

Arnold describes Cohen, who has run up a substantial legal tab contending with prosecutors from the Southern District of New York, as “tired”.

“I say to Michael, ‘Guess what? We’re taking Trump down together, and he’s so tired he’s like, ‘Okay,’ and his wife is like, ‘Okay, f*** Trump,'” Arnold said, laughing, according to the report