The next transcript is from a video by theater artist and activist Mae Paner, better known as Juana Change:

I am a woman, I am Juana Change, a patriotic artist. Through my art, I will continue to fight for truth and reason, justice and freedom, to the best of my ability. We will reckon with each other. I will fight back.

This is from a video by veteran journalist and press freedom advocate Inday Varona:

Babae ako, si Inday Espina Varona, isang lola. [I am a woman, Inday Varona, a grandmother.] I will not allow my grandchildren to grow up in a world without due process, where a President thinks of death and murder as the solution to social problems. Kaya lalaban ako. [Thus I will fight back.]

That you have none other than the president of the country trivializing rape and making jokes about sexual harassment. #BabaeAko allows anyone, not just women to speak out and be heard.https://twitter.com/AJStream/status/1004098123734704130 …

What are some of the key issues facing women in the Philippines? Tweet us your thoughts for our conversation on #BabaeAko.

The Philippine President kissing a Filipina on the lips in South Korea made my stomach turn.

Duterte continuously abuses his power over women, the poor, and others whom he thinks he can exercise power over.

It’s 2018. Anyone who still thinks being a woman makes one less competent, tough, and courageous than a man can go back to the last century—and stay there. #BabaeAko 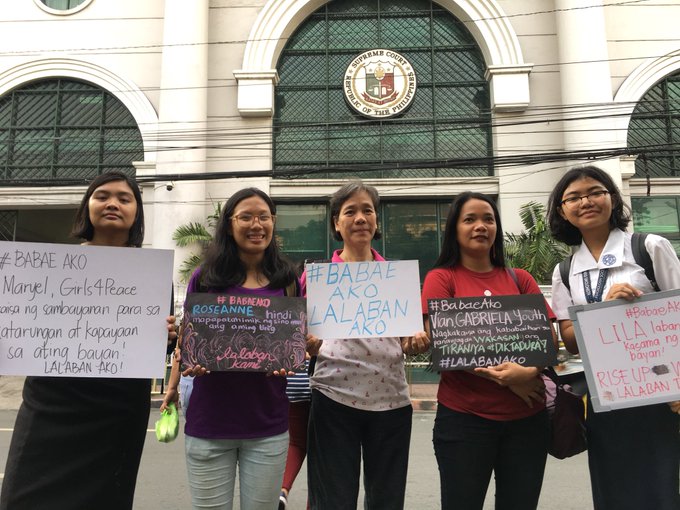 Women are not scared of Duterte. Duterte is scared of women. That’s the message of #BabaeAko

I am a mother, a teacher, a Filipino. I condemn Duterte for being a misogynist and making it “acceptable” for women to be hated and attacked. He is a foul-mouthed, lily-livered tyrant. My children, I, and this country deserve better. I will fight back.#BabaeAko 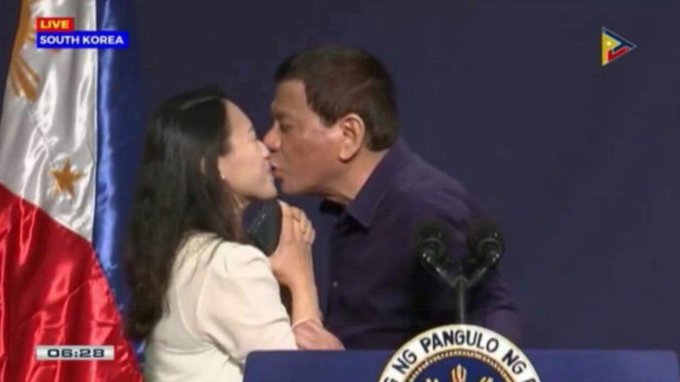 She was initially reluctant, but he is a very powerful man and the cheering crowd was putting her on the spot. Her eventual “consent” didn’t make the act right.

This is toxic machismo. Shed the male gaze. Women are not conquests. Do not embrace your own oppression. #BabaeAko

In response, officials at Malacañan Palace (the official residence of the president) threw shade at the #BabaeAko campaign, saying this was merely “politically-motivated” against the president. Duterte then vowed to resign if “enough women” protest his controversial kiss. A #BabaeAko protest was held on Philippine Independence Day, June 12, in major cities in the country.