EU citizens will NOT get preferential treatment after Brexit, says Shadow Home Secretary Diane Abbott. Non-EU citizens, including those from Commonwealth nations, are treated as “second-class migrants” under the current system.  She said: “Once trade deals have been struck and established there will be no unequal treatment based on which countries people are coming from. 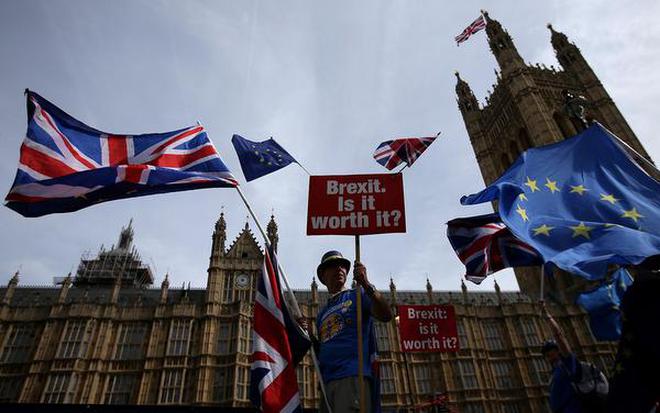 AIWA! NO! //EU and non-EU citizens, including those from India and Australia, could have the same immigration rights after Brexit, British Prime Minister Theresa May indicated on Monday.
Asked whether the EU would get a preferential deal on immigration rights that would mean they would continue to be able to travel to the U.K. more easily, the Prime Minister told BBC Radio 4 in an interview that one of the messages from the referendum was that people “didn’t want a situation where they could see people coming having those automatic rights to travel to the U.K. and a set of rules for people outside the EU…”

“What we will be doing is putting forward a set of rules for people from the European Union and people from outside the EU.”

The issue of preferential rights for EU citizens has been a controversial issue throughout the referendum campaign and afterwards. During the referendum campaign, some politicians courted voters from the South Asian diaspora with promises that Brexit — by enabling Britain to restrict the rights of EU citizens to travel to the U.K. — could provide the government with the capacity to ease rules for those from non-EU countries.

Until recently, the Prime Minister had appeared to keep the possibility for preferential rights for EU citizens open. “We will decide who will come into this country,” she said on Monday.

The Prime Minister has faced growing pressure over her Brexit plan — which has come to be dubbed as the “Chequers Plan” (after the location at which it was forged) that would result in Britain maintaining a common rulebook for goods, including agricultural products, with the EU after Brexit. However, the plan faced criticism from within her own party, and triggered the resignation of Foreign Secretary Boris Johnson, who recently referred to her plans as a “suicide vest”.

He argues that the government will have little choice but to maintain preferential access for EU citizens, given the practical needs of the U.K. economy, while at the same time making concessions that would open up immigration policy to non-EU countries. “This has to be seen in the same light as the Ms. May’s wider approach to Brexit, and the so-called three lines she set, which are now looking decidedly faded pink.”