President Donald Trump winked at Russian President Vladimir Putinat the beginning of a presser that was characterized by “awkward body language” and tame, short answers.

Trump’s friendly gesture was the wink heard round the world and supported a tweet the president sent out earlier which indicated that the cause of U.S.-Russian tensions was not Russia, but the United States and, particularly, the Mueller probe.

People reacted harshly to Trump’s little wink at Putin and his overall demeanor with the Russian president:

Oh my god. Trump looks like he just got schooled by his teacher. The shoulders hunched over, hands in lap. Could he be more submissive? 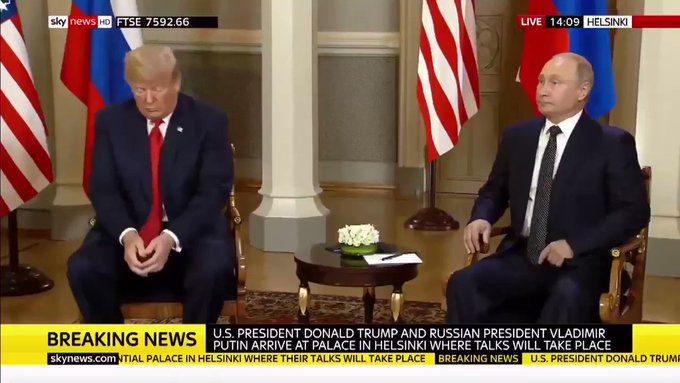 Only Trump could make Putin look like the classy one