AIWA! NO!//In a long-awaited verdict, the Migration Advisory Committee said access for lower-skilled workers should continue to be limited.

EU migrants to the UK after Brexit should NOT get preferential treatment, a bombshell government-ordered report declares today.

In a long-awaited verdict, the Migration Advisory Committee said the UK’s immigration system should make it easier for high-skilled workers to settle – but access for lower-skilled workers should continue to be limited.

The report will stoke claims Theresa May is set to unveil a harsh visa system for EU migrants (Image: PA)

It added: “A migrant’s impact depends on factors such as their skills, employment, age and use of public services, and not fundamentally on their nationality.”

Committee chair Professor Alan Manning added: “EEA migration has not had the costs that some people say they have but neither has it had the benefits that other people say.” 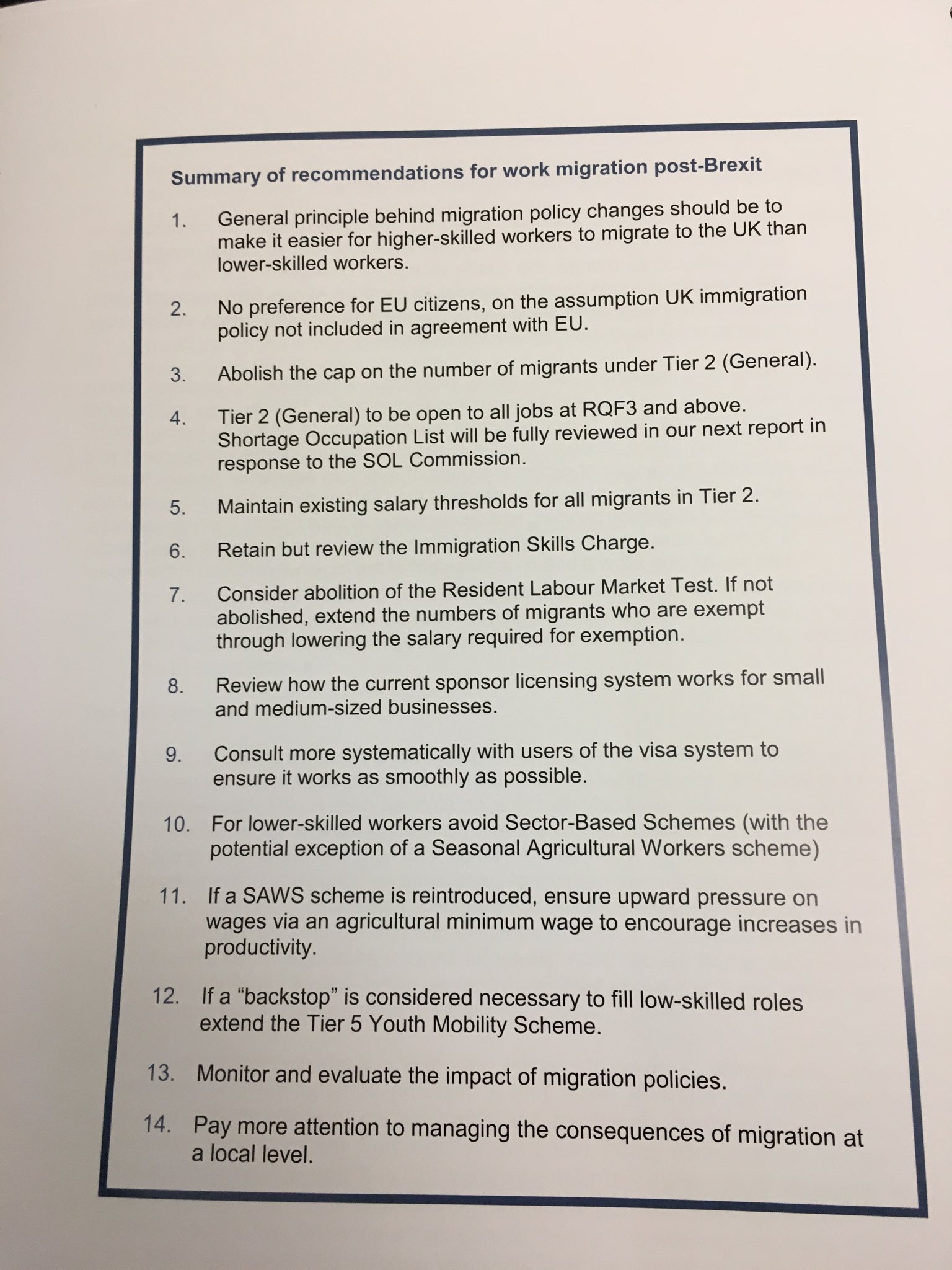 The report authors, who are independent experts, made clear that they were not giving an opinion on whether or not special treatment of EU migrants should be included in any Brexit agreement.

They said they were looking st the immigration system in isolation.

But today’s report clears the way for the Tories to finally reveal their Brexit immigration policy.