About 800 White Helmets first responders and their families were moved from Syria to Jordan overnight on Saturday, crossing through Israel.

The operation was carried out at the request of the United States and European countries.

The volunteer rescuers were threatened by Syrian army forces in the south of the country, Israel’s army radio claimed.

Jordan said that the rescue workers would be resettled in the UK, Canada and Germany.

“The Jordanian government said it had authorised the United Nations to organise the passage of 800 Syrian citizens through Jordan to be resettled in western countries,” the kingdom said.

Founded in 2013, the Syria Civil Defence, or White Helmets, is a network of first responders in rebel-held territory.

They have been targeted by the Syrian government, and President Bashar Al Assad accused the group of having links to Al Qaeda.

“The government gave the permission after Britain, Germany and Canada made a legally binding undertaking to resettle them within a specified period of time due to ‘a risk to their lives’,” the Jordanian government said.

“These Syrian citizens who were working in the civil defence had fled the areas controlled by the Syrian opposition after the Syrian army’s attack in those areas.”

Jordanian Foreign Ministry spokesman Mohammed Al Kayed said the kingdom had accepted the members of the Syrian rescue organisation for “purely humanitarian reasons” as their lives had been at risk.

Mr Kayed said those relocated would stay in “a restricted area” of Jordan until they are dispersed to the three countries within three months.

Israel helped the transfer of White Helmets in a convoy last night, crossing the border to Jordan at 5am local time, a reporter from German news organisation Bild wrote on Twitter. 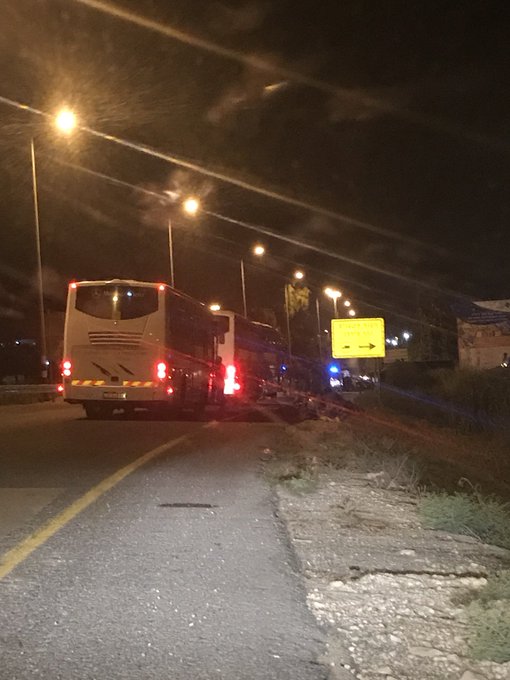 White Helmets head Raed Saleh said the workers had arrived in Jordan after being “surrounded in a dangerous region”.

He told The National that the relocated people had been encircled in the provinces of Deraa and Quneitra, but did not elaborate on the exact numbers of those moved. Mr Saleh said that a number were trapped between the border with the Golan Heights.

He said on Twitter that the White Helmets will release an official statement on the matter on Monday.

Canadian Foreign Minister Chrystia Freeland said she “called for global leadership to support and help these heroes” during a meeting of foreign ministers at the Nato leaders’ summit in Brussels a week ago.

The White Helmets have rescued thousands of civilians trapped under the rubble or caught up in fighting in opposition-held zones along the fronts of Syria’s seven-year conflict.

Since its formation, when Syria’s conflict was nearing its third year, more than 200 of its volunteers have died and another 500 have been wounded.

The group’s motto – “To save one life is to save all of humanity” – is drawn from a verse in the Quran, although the White Helmets insist they treat all victims, regardless of religion.

Some members have received training abroad, including in Turkey, returning to instruct colleagues on search-and-rescue techniques.

The group receives funding from a number of governments, including Britain, Germany and the United States, but also solicits individual donations to purchase equipment such as its signature hard hats.

A second film on the group, named Last Men in Aleppo, was this year nominated for an Oscar.