bY KATHERINE HIGNETT//Kofi Atta Annan, the first black African UN secretary-general, has died at the age of 80, diplomats have reported.

The Ghanaian diplomat led the United Nations from 1997 to 2006. He won the Nobel Peace Prize alongside the organization in 2001, the award’s centennial year. 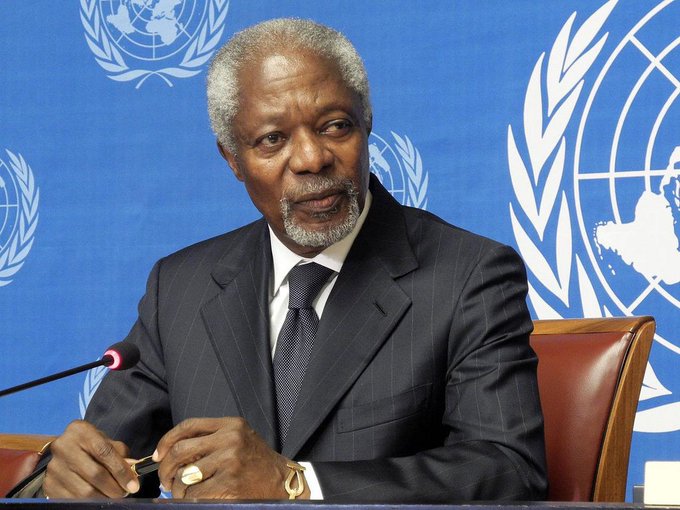 “Kofi Annan was a guiding force for good. It is with profound sadness that I learned of his passing.” – @antonioguterres

“Kofi Annan was a guiding force for good,” current UN Secretary-General António Guterres said in a statement. “It is with profound sadness that I learned of his passing.  In many ways, Kofi Annan was the United Nations. He rose through the ranks to lead the organization into the new millennium with matchless dignity and determination.”