Piers Morgan couldn’t resist participating in one of his favourite past times as he roasted Emily Ratajkowski over her looks on live TV.

The Good Morning Britain presenter took a swipe at the US model over her choice of outfit for this year’s Met Gala, claiming she should have covered up her “weird belly button”.

Ratajkowski looked stunning in a custom Dundas dress which featured a halter-neck, open back, cut out train and left her stomach exposed.

She teamed the look with heels and a winged headdress. 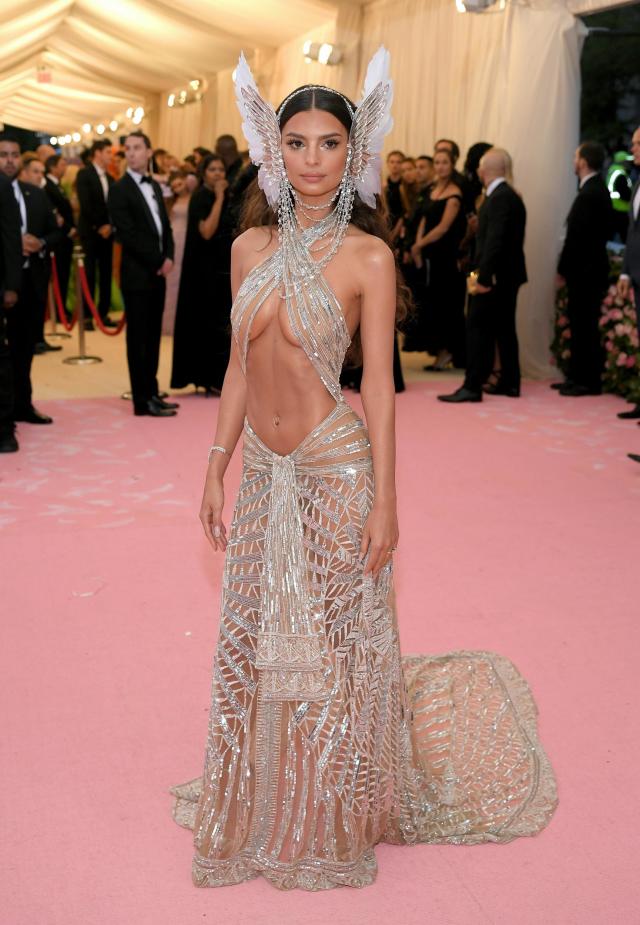 “Emily Ratajkowski was another that looked preposterous,” he said of her Cher-inspired outfit on Tuesday’s show. “She has a weird belly button and if I was her I honestly wouldn’t show as much as she does. Very odd.”

His comments came seconds after he laid into Kim Kardashian, claiming her “ludicrous” outfit looked like “spanx”.

“Kim K was amazing – she came as large see-through spanx,” he said. “Look at the state of that. I’m not being rude, I’m being observational. How is this anything other than ludicrous? What is camp about that?”

Harry Styles also failed to avoid Morgan’s sharp tongue, with the presenter criticising his ruffled black blouse, heels and pearl earring. He asked: “Is he identifying as metrosexual these days? It can be camp but it can also be ridiculous, can’t it?”

Morgan is no stranger to taking a swipe at Ratajkowski, having previously compared her to a stripper as well as branding her a “global bimbo” after she stripped off and smeared her body with pasta.

Morgan claimed she can’t particpate in such shoots and claim to be a feminist, with Ratajkowski hitting back: “Lol never said my love video was a feminist statement. But now it’s worth saying that telling women what to do with their bodies & sexuality is actually just classic sexism. I can have opinions about feminism & also do sexy photo shoots k thanks.”