|AIWA! NO!|Donald Trump’s crackdown on birthright citizenship has sparked speculation on social media that his youngest son would be affected by the policy change.

The US President recently revealed plans to sign an executive order that would prevent babies born in the country to parents who aren’t citizens getting automatic citizenship.

On October 30, Twitter user @davenewworld made a post stating that Barron would no longer be considered an American citizen under the new laws.

“Fun fact: Barron Trump was born in March 2006 and Melania wasn’t a legal citizen until July 2006,” the user wrote. “So under this executive order, his own son wouldn’t be an American citizen.”

Fun fact: Barron Trump was born in March 2006 and Melania wasn’t a legal citizen until July 2006.

So under this executive order, his own son wouldn’t be an American citizen.#ImpeachTrump #StopTheHate #EndRacism 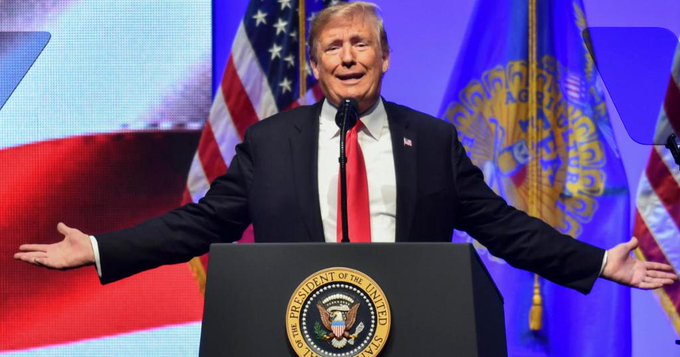 He posted the tweet in response to a CBS News article announcing Mr Trump’s plan to challenge the 150-year-old constitutional standard by ending birthright citizenship.

Various Twitter users retweeted and replicated the post, and it went viral after a screenshot was posted to the comic Facebook page The Good Lord Above, which has almost four million followers.

The only trouble? The claim is completely untrue.

Currently, birthright citizenship dictates that any child born in the US automatically becomes a US citizen at birth. It is this that Mr Trump wants to change.

This principle stems from the 14th amendment, which states: “All persons born or naturalised in the United States, and subject to the jurisdiction thereof, are citizens of the United States and of the State wherein they reside.”

But this isn’t the only thing protecting Barron.