The execution of Khashoggi on foreign soil reveals Saudi Crown Prince bin Salman’s disrespect for diplomatic rules and international laws. He can tide over the assassination if he is willing to pay a heavy price to aid Trump’s America and Erdogan’s Turkey.

Khashoggi’s killing has shocked the world, yet it was no surprise for people familiar with the Saudi medieval type religious kingdom. Saudi Arabia is known for its worrying intolerance for dissent, human rights, and democratic values.

Bin Salman, a young but highly ambitious crown prince, is, in fact, the de facto ruler of Saudi Arabia. He holds a number of other powerful portfolios, including first deputy prime minister and Defense Minister. He is the chief architect of Saudi Arabia’s war on Yemen, a highly vocal anti-Iran Saudi leader, and a close associate of U.S. President Donald J. Trump.

In just a year after he had assumed the office of crown prince, bin Salman launched a massive crackdown on corruption, allegedly to punish his critics, and detained dozens of royals, former ministers, and business leaders. Many of them are still languishing in jails.

The Saudi women’s rights activist Loujain al-Hathloul was arrested from Abu Dhabi and whisked back to the kingdom in March this year. Outspoken critics of Saudi leadership, including royal family dissidents who were living in Europe, were kidnapped and tortured in the past. Prominent Saudi religious leaders who oppose royal family rule are also routinely rounded up and punished.

Khashoggi’s killing is an appalling case for a variety of reasons. This is a chilling message to all Saudi dissidents living in or outside the kingdom. Bin Salman will not tolerate anyone who dares to criticize him. The Saudi domestic opposition, known as al Sahwa, possibly senses a very bleak future and may be coerced into maintaining a low profile.

Foreign nationals critical of Saudi leadership may not be exempts either. Last year, two journalists from Turkish state broadcaster TRT World, who accompanied Foreign Minister Mevlut Cavusoglu on a visit to the kingdom in the wake of the Saudi-led blockade on Qatar, were detained but freed only after Cavusoglu had directly raised the issue with King Salman bin Abd al-Aziz.

More alarmingly, Khashoggi’s murder exposes an ugly face of Mohammed bin Salman. The execution of a hit plan on foreign soil reveals his disrespect for diplomatic rules and international laws. This is a cool-headed murder, and the whole world is stunted! If Khashoggi were not a noted critic of bin Salman and well connected to a wide network of journalists, media moguls, and diplomats, his murder would not have made such a big issue around the globe.

The Saudi royal family’s love affair with killings, kidnappings, and brutal suppression of dissents speaks a lot about the way they captured power in the Arabian Peninsula and their ideological convictions. King Abd al-Azizfounded the Kingdom of Saudi Arabia in 1932 based on the sheer use of force – first, by defeating and killing his tribal rivals in the central Saudi province of Najd, then by permanently subduing the oil-rich Shia-dominated Eastern Province in 1913, and finally by conquering the Hijaz Province in 1926.

Can Congress Do Anything About the Disappearance of Jamal…

The Saudi royals believe that they established their kingdom by sword and the kingdom is their family fiefdom to defend based on the sword. That means they suffer from a pervasive fear that they cannot survive without suppressing their domestic and external opponents, either single-handedly or in collaboration with foreign countries.

And the royal family’s ideological arm, what is called Wahhabism, is horrendously misused to clear of dissents and opposition. There is a historical lineage. Religious preacher Muhammad ibn Abd al-Wahhab’s texts and teachings directly relate to the 10th-century Sunni theological school of Ash’arism, the dominant Sunni school of thought known for its anti-science, anti-rational and anti-philosophical reasoning posture.

Historically, many Muslim rulers in the Middle East have used the anti-free thinking logic of Ash’arism to close the door to independent political ideas and reasoning as a serious source of challenge to their rule, what clearly meant the rulers could not be criticized at all, let alone be challenged. The Saudi Wahhabi religious establishment, an off-shoot of Ash’arism, often issues fatwas in support of suppression of dissents by the Saudi rulers.

The Khashoggi episode is likely to haunt the Saudi rulers for quite some time. The kingdom has got itself caught in a tainted image, in the face of international uproar and concerns. The image Saudi Arabia has created for it is the image of a killer state. Can Mohammed bin Salman smooth over this horrible incident?

Much depends on how he manages his relationship with President Trump and regional rival Turkey. The U.S. president has reacted to Khashoggi’s murder as a “bad situation.” More sharp reactions came from influential U.S. Senators who threatened sanctions at the “highest level” of Saudi leadership and halt arms sales to the kingdom. If the Senators succeed in pressuring Trump to take the Khashoggi case to the UN Security Councilto impose a travel ban on bin Salman or sanctions on Saudi Arabia, that will effectively end his ambition to ascend the throne after King Salman’s death. But this is unlikely to happen for at least two reasons.

President Trump is reluctant to cut economic ties with Saudi Arabia, to stop Saudi investments in the U.S. economy. Rather, he is eager to see that the much-publicized arms deals, worth $110 billion, go through at an accelerated pace. Bin Salman did not seriously commit to the arms deals so far. Khashoggi’s murder has, by default, created a unique opportunity for Trump to pressure bin Salman to buy weapons quickly or face the consequences. Trump is also likely to force bin Salman to further drum up anti-Iran propaganda and take concrete actions against Iran.

Turkish President Recep Tayyip Erdogan stands to gain a lot too. He increased pressure on Saudi rulers by saying Ankara “cannot remain silent to such an incident,” but later agreed to launch a joint Saudi-Turkish committee to probe Khashoggi’s disappearance. Human rights group Amnesty International has cast doubt on the committee’s neutrality to issue a genuine report on the investigation. 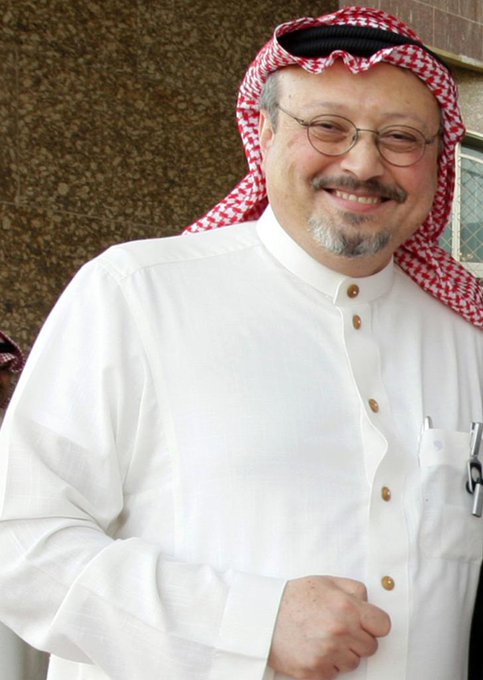 Bin Salman is likely to use the joint committee as a vehicle to delay reporting or buy Turkey’s support through secret negotiations to bury the Khashoggi episode.

President Erdogan is likely to exploit it as a big opportunity to get bin Salman to commit billions of dollars fresh investments in the Turkish economy, giving him some wiggle room to get around recent U.S. sanctions – the attack on Turkish lira. Another side of the bargain may include a negotiated end to the Saudi-led blockade on Turkey’s steadfast Gulf ally Qatar.

Mohammed bin Salman is likely to tide over Khashoggi’s assassination if he is willing to pay a heavy price to aid Trump’s America and Erdogan’s Turkey. That will at least save him from losing the throne.

If developments take a different course to justice, there will be a huge relief that even powerful autocrats cannot cross the red lines.