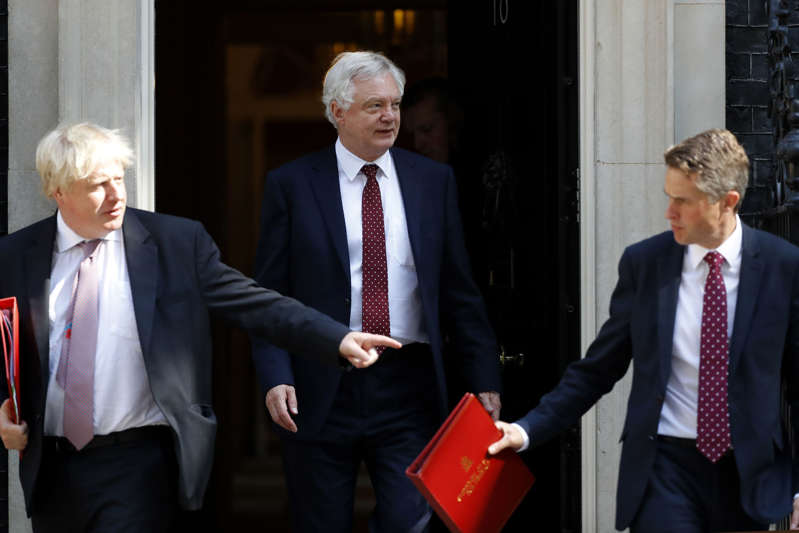 The former foreign secretary told Theresa May in his resignation letter that the Brexit “dream is dying”, with the prime minister replying that she is “a little surprised” by his decision to step down.

Theresa May has written to Boris Johnson to tell him she was “sorry” to receive his letter “after the productive discussions we had at Chequers”.

The prime minister held crunch talks at her Buckinghamshire retreat on Friday, where ministers agreed on a new UK-EU trade area and to step up preparations for a “no deal” Brexit.

But Boris Johnson has since resigned in opposition to plans to keep close ties with the European Union after the UK leaves the bloc.

In his resignation letter addressed to Mrs May on Monday, he wrote: “Brexit should be about opportunity and hope. “It should be a chance to do things differently. “To be more nimble and dynamic and to maximise the particular advantages of the UK as an open, outward-looking, global economy.

“That dream is dying, suffocated by needless self-doubt.” The prime minister is potentially facing a leadership challenge after the departure of Mr Johnson and the former Brexit secretary David Davis.

“It will mean that we take back control of our borders, our laws, and our money – ending the freedom of movement, ending the juridisction of the European Court of Justice in the United Kingdom, and ending the days of sending vast sums of taxpayers money to the European Union.”

Mr Johnson claimed that the UK has ended up postponing “crucial decisions” such as preparing for a no-deal Brexit. He warned that, as a result, the country risks heading for a “semi-Brexit” which will leave chunks of the UK economy locked within the trading bloc – without the country having any control.

And he said that the UK’s inability to influence laws as they are made means “we are truly headed for the status of colony”.

Mr Johnson went on: “It is clear that by surrendering control over our rulebook for goods and agrifoods (and much else besides) we will make it much more difficult to do free trade deals.”

Suggesting the prime minister has little ambition to get EU negotiators to consider UK proposals, he said: “It is as though we are sending our vanguard into battle with the white flags fluttering above them.”