Trump says Ivanka would be ‘dynamite’ as UN ambassador, but cites ‘nepotism’

Mr Trump said he had heard his daughter’s name discussed for the post but said he knows he would be accused of nepotism if he selected her.

The president said former aide Dina Powell is under consideration to replace Ms Haley, who announced earlier in the day that she would be stepping down from the role at the end of the year. 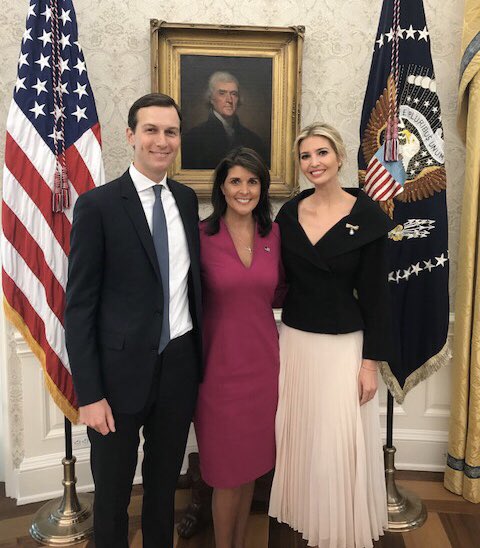 Ambassador Haley has served America with dignity + distinction.
She is a bold reformer and has been an unwavering champion of truth, principled realism and integrity within the United Nations.
Jared and I are grateful for her friendship — a true blessing in our lives!

Twitter Ads info and privacy
Ms Powell served as deputy national security adviser to Mr Trump for most of his first year in the White House and departed in mid-January.

The timing of Ms Haley’s resignation announcement was surprising, coming just weeks ahead of the midterm elections.– Press Association