|Jerry Adler, Senior Editor, Yahoo News|AIWA! NO!|On the same day that a gunman shot up a service at a synagogue in Pittsburgh, President Trump gave a speech at a political rally in Illinois, attempting to balance a sober call to unity with raw partisan rhetoric. The results were what the nation has come to expect: a few minutes at the start of scripted, stilted boilerplate, followed by a stream-of-consciousness ramble through Trump’s various preoccupations, grievances and self-congratulatory boasting. Another president made a famous speech about a tragedy in Pennsylvania, dedicating a national cemetery at the site of the decisive Civil War Battle of Gettysburg. Comparisons of Trump to Abraham Lincoln are a staple among his fans — 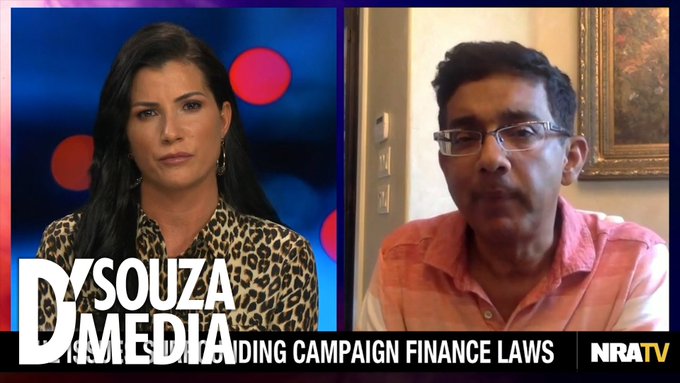 When Lincoln, an outsider and a Republican, won the election of 1860, all hell broke loose and Democrats went berserk. Sound familiar?

— and, of course, Trump’s biggest fan, himself.

When Lincoln, an outsider and a Republican, won the election of 1860, all hell broke loose and Democrats went berserk. Sound familiar?

How would he have handled the occasion? Lincoln held the greatest speech in American history to 272 words, but nobody would expect Trump to restrain himself to that extent. Here’s how it might have gone:

[Band plays “Camptown Races.” Trump comes bounding onto podium, pumping fists, pointing to people in the crowd as if he recognizes them. Crowd quiets. Trump speaks.]

“Fourscore and seven years ago, our fathers brought forth on this continent an incredible, world-class new nation, conceived in liberty —

— liberty. Think about it, folks. Anyone here against liberty? I didn’t think so. If you don’t like liberty, you can vote for the Democrats. Stephen Douglas. There’s a real beauty. Stupid Steve, I call him.

Wasn’t that an incredible debate? Everyone thought I was going to lose. But even the Failing New York Times said I won.

Should we lock him up?

— And dedicated to the proposition that all men — I should probably say all men and women, but the hell with it. Who has time for political correctness? Those people over there [gestures at newspaper reporters], they’ll say, ‘Oooh, Trump, he said all men, it means he hates women.’ The failing New York Times. Did you see what they wrote about our great Union victory at Fredericksburg? I didn’t, because I never read it. But it was all lies. Our amazing general Ambrose Burnside won an incredible victory in that battle, but you’d never read that in the fake news newspapers, that called it a big defeat. General Sideburn. Is he here? OK, he’s doing something else. Combing his face. [Mimes running a comb around his face, crowd laughs.] I don’t have sideburns, but at least my hair [raises top hat, ruffles hair] is all real. I only used to be a Whig, I didn’t wear one. [Crowd chuckles.] But then I became a Republican. Did you know I was a Republican? A lot of people didn’t. I just found out myself. Think about it.

But then they’re going to say, Trump doesn’t believe in the First Amendment. Nobody believes more in the First Amendment than Trump. But the failing New York Times. Do you think they’ll be around in 100 years? I don’t think so. The only thing that keeps their ratings up is one thing, and it’s thanks to me: We’ve got a war going on.

So in some ways a war is bad, if you get killed, but for some people it’s good. We have the lowest unemployment rate ever since the War of 1812. And it’s good for business, that I can tell you. Not so much for real estate, if you own a farm or something where there’s a battle going on. But then you can buy them cheap and after the war you’ll make a lot of money. You can turn it into a world-class golf resort, and when the war is over, I’m going to put one right here in Gettysburg. Right here, and you’re all invited to the opening. [Scattered cheers.] I’ve done very well from the war, personally, to be honest. Am I allowed to say that?

But some people die in a war, and it’s a terrible, terrible thing that happens. They had a battle right here, probably the biggest battle ever in history, and a lot of people died. I don’t even like to think about it. So disgusting. I even thought about not coming here, but I didn’t want to disappoint all of you incredible, amazing people who came to hear me. But you know, on the way over here, I was thinking to myself, this is Pennsylvania, right? And I asked somebody, which side is Pennsylvania on? It’s our side, right? So I said, why are we having battles in our states? We should be having them over there, in the South. And so I asked one of my generals, shouldn’t we be fighting in, like, Virginia? And he said [stiffens posture, puts on serious face] “Sir, the South invaded us, sir!” So I said OK, we have to stop that. We have to keep them out. And you know what we’re going to do about it? We’re going to — [crowd chants: “Build that wall!”] That’s right! We’re going to build a wall, an incredible, amazing wall, and it will be made of stone, and it will be 12 feet high, and you know who will pay for it? [crowd: “The South!”]

So that’s why it’s so important, so important you get out there and vote Republican, so we can win the war and build the wall. And we will take care of our veterans like you never saw, our amazing, incredible veterans, and there will be a lot of them, that I can tell you. A lot of veterans. And we will have a big parade down Pennsylvania Avenue for all our incredible, amazing soldiers, like they have in France. And that amazing, incredible government that I am the president of, of the people, for the people, of the people, whatever, nothing bad is going to happen to it. That I can guarantee.