|CRIMSON TAZVINZWA, AIWA! NO!|US withdrawal from the landmark INF treaty would make the world a more dangerous place, and would force Moscow to step in and “restore the balance,” Russian presidential spokesperson Dmitry Peskov said.

If indeed Washington turns its back on the landmark agreement, the ban on the production of short and intermediate range missiles would be lifted.

Such steps [US quitting the deal], if they are undertaken, will make the world a more dangerous place

US President Donald Trump sent shock waves over the weekend, promising to withdraw from the Intermediate-Range Nuclear Forces Treaty (INF). Using the evergreen ‘Russia violated agreements’ argument, he called the accord “unacceptable.”

Then-President Ronald Reagan and Soviet leader Mikhail Gorbachev signed the deal in 1987 and it went into effect the next year. It is considered a milestone in ending the Cold War arms race between the two superpowers, the USSR and the US. 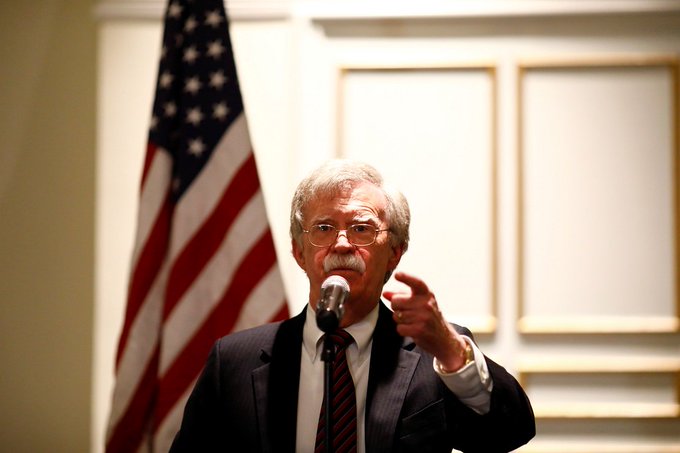 The agreement, in particular, envisioned the elimination of nuclear and conventional missiles with ranges of 500 to 5,500 kilometers. Dismissing the allegation that Russia has violated the terms of the deal, Peskov said Moscow is committed to the accord. Notably, he added, Washington has not undertaken any official steps to quit it, which includes a formal notification of withdrawal.

What is the scrapping of the INF Treaty? This means that the US not only discreetly, but openly starts to develop these systems in the future.

Moscow in turn will not sit idly, but will be forced to “restore the balance in this area,” Peskov said.

Tensions over the Cold War-era treaty will be on the table during the ongoing visit of US National Security Adviser John Bolton to Moscow. Reiterating that Kremlin has never considered the decades-old pact a relic of the past, Peskov acknowledged that some countries still have started to develop what can be viewed as intermediate- and short-range missiles.

However, Russia and the US “remain two key powers who hold responsibility for the world’s stability and security.”

Trump’s decision raised eyebrows among some of America’s key allies – France and Germany. Paris issued a reminder that the treaty is essential for European stability, while German Foreign Minister Heiko Maas called it “an important pillar of European security architecture.” China also took a hit at Washington insisting that the accord eased international relations and maintained “a global strategic balance.”

On Sunday, top Russian lawmakers denounced Washington’s threats to dump the INF deal, calling it “blackmail.”Scrapping it, would bring the international community closer to nuclear war and “complete chaos” in the field of nuclear weapons. Trump’s words are akin to placing “a huge mine under the whole disarmament process on the planet,” Leonid Slutsky, who chairs the International Relations Committee in Russia’s lower parliament house argued.