In an interview with CNN on Monday, Barbara Res, a former executive of the Trump Organization, said there is no way the president did not know about his son’s Trump Tower meeting with a Russian lawyer in June 2016.

When asked if it makes sense that President Donald Trump would not have been informed about the meeting, she said “Impossible!,” adding, “In my opinion, based on my experience working with Trump, and everybody that worked for Trump. Something major, something newsworthy, something press-worthy would also go before Trump. Always.”

#BarbaraRes is the business y’all!

“Is it possible that Donald Trump Jr. might have — that as a child of Mr. Trump, would have more latitude than an employee?” the interviewer Anderson Coope asked to which she responded, “No, you know, the reason Trump Kr. is in the position he’s in, Ivanka is in the position, Jared, is that Trump has historically believed that he is better served by having family members, even if they’re not quite as qualified.”

“But I think that perhaps he may even be harder on family members. I know he was harder on Ivana when she worked for him. I have a feeling he probably might have been harder on Donald when he didn’t do — Donald Jr. — when he might not have done what he was supposed to,” she said.  “From my point of view, Donald Jr. would definitely have gone to his father. I think he would have said in advance, look what I’ve got. We’re going get something on Hillary.” 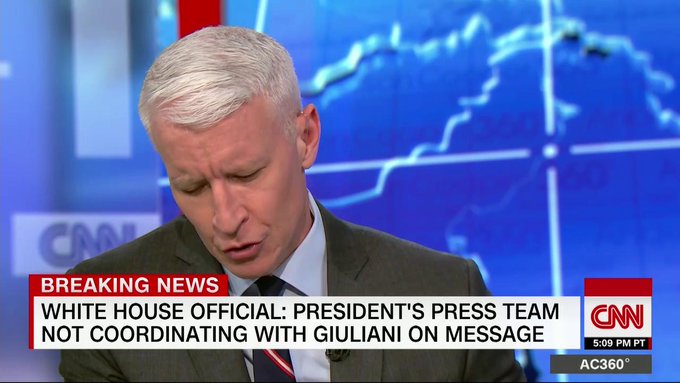 “Impossible.” Barbara Res, a former Trump Organization executive, says there is no chance Donald Trump would not have been informed of the Trump Tower meeting before hand https://cnn.it/2AlUN0S

Recently, Trump’s former personal attorney Michael Cohen also claimed that Trump had prior knowledge about the meeting with the lawyer who promised damaging information about then-Democratic candidate Hillary Clinton. However, the president denied it.

Res was the manager of construction on Trump Tower, however, during the 2016 presidential election, she publicly opposed Trump and his presidential candidacy. She also accused him of being a “supreme sexist” by saying “He’s terribly sexist. He’s a womanizer for sure. He hired me for a specific reason: Because I was really good. And he told me, and he believed this, that women had to work harder and be smarter and were willing to work harder than men, and that’s what he wanted.”

In an interview in 2016 she said they were close during the construction of Trump Tower, however, she claimed he was abusive by saying he yelled at her all the time. She also said his ability to withstand criticism and honesty shrank as his fame grew.

“He got way too famous and, you know, people were telling him he was great and he was buying that. He started thinking that he walked on water, he really did,” she said.

In 2017, after reading an article on Trump exhibiting signs of mental illness, she emailed a letter to the New York Daily News stating, “Being the team who was charged with building Trump Tower, we all knew Donald Trump very well, especially myself. To a person, we all agreed that the characteristics outlined in the article fit Donald to a T.”

Barbara Res, a former executive of the Trump Organization for nearly 20 years said there is no way Donald Trump didn’t know about the Trump Tower meeting. In this image, Trump speaks during the swearing-in ceremony for new U.S. Veterans Affairs Secretary Robert Wilkie in the Oval Office of the White House in Washington, July 30, 2018. Photo: REUTERS/Brian Snyder